Imaamah and the Quran
an objective perspective

All the praises and thanks are to Almighty Allah, the Lord of the Worlds, who has guided me to the path of Islam and provided me with the opportunity to write this work. Without his help, no endeavor can succeed. 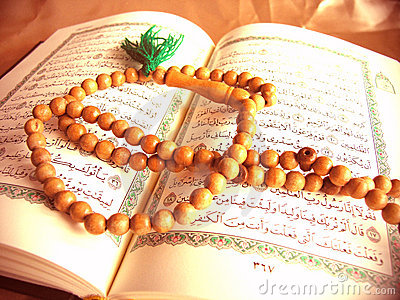 I would like to thank the Sunni brothers whose personal experiences helped me examine the Shia concept of Imaamah in the Quran. Their initial ideas and explanations were valuable as a stepping-stone for my entire work.

I also extend my thanks to the brothers who went through the drafts of my book and gave me their insights and suggestions for ways to improve my work in both its content and organization. I look forward for their helpful collaboration in any future works I undertake.

Finally, I pray for the guidance of all who read this work. May Allah help those who seek the truth and guide us to the path of Islam.

I became interested in Shia-Sunni discussions a few years ago. I had a number of Shia friends, and I noticed that they were doing some of the Islamic rituals differently. Naturally, I developed a desire to “correct” their ways. However, my knowledge of the differences between the two sides was minimal. As a result, I saw myself pulled into one of the following topics of discussion:

Without a doubt, the above topics are a source of Sunni-Shia discussion. Surely enough, I was drawn into such points of argument, and so were some of my Sunni friends who were also interested in Shia-Sunni dialogue. However, I never paused to consider what the main doctrinal difference between the two sides was. I guess I was simply too immersed in the back and forth that these discussions tend to cause to ponder about the “bigger picture”.

This state of affairs continued for some time, until I met a Sunni brother through the Internet. This brother admitted that he had become interested in Shiaism due to the Iranian Revolution in 1979. He read a number of Shia books, and was on the verge of converting to the Shia faith. For the purposes of being fair and equitable to both sides, he started re-reading the Quran with an eye to see how much of it supported the uniquely Shia beliefs, particularly the doctrine of Imaamah.

The brother told me that he had an awakening at that stage. “I did not find Shiaism in the Quran”, he said. Then, after re-evaluating the basic principles of the Sunni and Shia faiths in light of the Quran, he decided to remain a Sunni. He still reads Shia works and discusses with Shias, but he has not gone out of the general criteria he set for himself with respect to choosing the correct path.

I heard a similar line of reasoning by an Iranian convert from Shiaism to Sunnism. He had researched into the differences between the two sects for five years before deciding to convert. He pointed out something obvious, yet not widely thought upon by Muslims: The fact that the Quran is the top reference for all of the Muslim’s disputes. If a certain belief is not strongly mentioned in the Quran (or is contradicted by the Holy Book), it is difficult for us to try to find a way for it in other Islamic literature, or to try to formulate it through rationalization and philosophical arguments. He also noted that the Shia, while concentrating a lot on Ali’s (Radhia Allahu Anhu) virtues and his supposed right to be the first Khaliph, do not talk much about Imaamah outside of this “zone”.

These two testimonies were quite revealing for me. While I had read about the belief of Imaamah in Shiaism, I had not thought about this specific creed as being the center of all differences between Sunnis and Shias. I had certainly not thought about comparing Imaamah with the established Islamic doctrines, or for the need to look objectively for this dogma in the Quran. Perhaps the reason for this is that almost all Shia propaganda concentrates squarely on Ali’s (Radhia Allahu Anhu) virtues and his superiority in terms of Khilapha. Imaamah is presented as a rational necessity and a consequence of Ali’s “appointment”, more than as a necessary pillar of Islamic faith.

So I decided to look into the Shia faith from this new perspective, of whether the Quran supported the doctrine of Imaamah. This work is a summary of the most important conclusions I reached while on this journey. I urge the reader to go through the issues raised thoughtfully and objectively. Even if a person is familiar with the Quran, and he/she is familiar with the idea of Imaamah as understood in Shiaism, there may be relationships and issues he/she may not have been aware of before.

Why look into Imaamah as doctrine?

Every ideology and religion rests on fundamental principles, a set of doctrines that distinguish it from other religions, and through which it can be identified. For example, Christianity is based, among other things, on the principle of substitutionary sacrifice, the doctrine that humans are too weak to redeem their own sins, and they need the intervention of an innocent and saintly figure who will suffer mightily so that humanity’s wrongdoing may be purged. Based on this idea, Christians believe that God sent his “son” (Jesus Christ, or Isa (Alayhi Salam) in Islamic terminology) to die on the Cross in order to atone for the sins of all humanity.

In the case of Islam, the unique feature is its doctrine on the Absolute Oneness of Allah, and its belief in Muhammad (ﷺ) as the Last Prophet and Messenger of Allah. I say “Last”, because there are groups claiming that another Prophet came after Muhammad (ﷺ). Such groups are different religions altogether, even if some of their practices resemble those of Islam.

In Shiaism, the distinguishing factor is the principle of Imaamah, the Shia belief that Allah appoints and sends certain individuals, not as Prophets, but as “Imaams” for mankind. At times these divinely appointed individuals may be Prophets as well, but the functions of Prophethood and Imaamah are different and are treated as such in Shiaism.

Every other disagreement the Shias have with the Sunnis has its roots in the Shia insistence on Imaamah as a principle of Islam, both in belief and practice. From differing views and interpretations of history, entirely different systems of Ahadeeth collection and authentication, and divergent manners of performing Islamic practices, all these dissimilarities can be traced back to Imaamah as a doctrine in Shia faith.

It is therefore only reasonable that the focus of any serious quest for truth would begin and end with the principle of Imaamah in the mind of the truth-seeker. Trying to research about the differences between Shias and Sunnis without considering the dogma of Imaamah as the main sticking point will lead to dead ends and fruitless arguments. I have personally witnessed a number of discussions that quickly descend into chaos because one side or the other wishes to discuss a subject of peripheral importance.

Given these series of facts, I decided that first I had to evaluate how much magnitude was placed on this distinguishing belief according to the scholars of Shiaism. Likewise, I had to see what the main pillars of the Imaamah doctrine were, what precepts Imaamah in general was built on. Then I would move on to compare what I had found in the writings of Shia scholars with what the Quran said, and see how the correspondence between the two worked out. Given my previous knowledge of Shiaism, my task was more towards bringing all the bits and pieces about Imaamah together rather than “starting” a research from scratch. Yet, I believe the mindset and approach noted above will help anyone in their quest, even if the person has limited knowledge on Shiaism and/or the Quran.